The APC party will not sing the victory song? 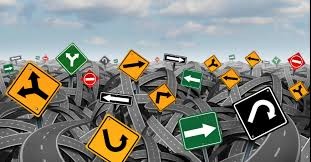 The APC party will not sing the victory song

It is becoming clear that the gulf within the APC is not closing. "the subject is war, and the pity of war," wrote Alan Bristow In a seminal work on the festering violence at the end of the second World War in the occupied parts of Germany before checkpoint Chaie was established.

The subject here is betrayal and it is that betrayal that makes it difficult for APC stalwarts to come to terms with the resultant defeat.

Many are still unconvinced that a new era has been ushered in by the duplicity of the Party's leaders and for refusing to openly accept that shame and walk away, they are further deepening the wounds.

It is so sad to see the distention of greatness that this wanton act of betrayal has caused, and the more soporific its putrid nature unveiled by the further attempts to hold the Party to ransom.

Unfortunately, many still see in the main culprit of this downfall, a redeeming potential maybe borne out of selh hate or greed, they still believe that the APC Chairman must remain influential in unfolding events.

To hod that view poses a sinister concept that maybe, just maybe, there is an ace up his sleeve and in his reawakening, the chance of sponsoring violence to topple this government remain a distinct possibility.

Why then, some would ask, was he waxungblgrucal about military takeovers as not the answers to Africa's problems? To the more discernible, they may see this as a ruse, a cover up for the real action to come and to leave room for deniabilkty.

Those who have been adept at watching trends in power dynamics have hinted that there is very likely a change of mind, a U-turn on a del brokered in haste but which for the existence of recent events have brought its own hidden costs, to much to be acceptable as collateral damage.

APC's Chairman needs to go now. If not for anything but for his own safety. As the Malian President realised I. His quiet moments that power that causes him to attempt to climb over a metal fence to escape for his life should not be the power he should go after, so too should our man make that decision and recognize that the end game of what he is currently embroiled in would be borne of disgrace and discomfiture.

The writing is on the wall and from all indications the voices against his continuing in front line politics are getting louder even at a time when he seem to be sponsoring fringes groups to drum up support for another term at the helm.

It would be spurious for anyone to come out openly to declare that it is the people's will to nominate Ernest Bai Koroma for another term as Chairman and Leader of the All Peoples Congress. The bitter truth is that in such a campaign, it may be likely that Yansanneh and Minkailu Mansaray would have to be sacrificed at the alter of Chairman's personal power. It will also look s if the Executive of National Officers will change just to give the people the semblance of a change of leadership.

There are darker days indeed for the APC and to a large extent for the nascent democracy we have in Sierra Leone and God help us, even the PPRC would be powerless to act, or would they?

The context of a negotiated settlement on the publication of the White Paper or immediately before its publication is now being discussed so that Chairman and Leader would buy himself a "get out of jail card," avoiding a ban on holding political office even if he is banned from holding national elective office. What this mean is that he can still be Chairman and Leader of the APC even though he would be banned from holding public office like MP or Flagbearer.

The result of such a scenario will undermine state security but it is expected that assurances would be taken as to a continued suppression of the APC in exchange for such a dangerous move, at least u til the end of the Maada Bio second term.

Much ado about nothing you would say, but the fact is that unless current Chairman and Leader leaves the APC without waiting for a plebiscite, we are all hopping mad in the dark. It is inconceivable that come October 15th the current executive would simply vanish into thin air. One thing is certain, there will be No APC CONVETION this year, 2020!

Now the problem of what to do with the NRM looms even though it is rumoured that plans are afoot to have them discombobulated? With such digged stubbornness they have shown, one should not be surprised if they, on their own, would win a stay of action against the APC thus rendering the party incapable of fielding candidates for the next elections. The first example would be the Municipal elections which would be scheduled before the national elections so unless the APC has take its case with the NRM out of court or therwise have settled that matter, the Party may not be compliant with the PPRC to field candidates.

This is a dangerous game that is being played all round yet the solution is right in front of us. With a single announcement of resignation, the APC Chairman and Leader would set in motion the procedures to conduct elections supervised by an Interim Management Committee.

Unless Ernest Koroma allows the APC to elect its next Chairman and Leader, unless he walks away from the affray, the APC is doomed to languish in opposition. When this happens, it would be hard to see APC members holding hands to sing the victory song once again, at State House!